Connie Kis ANDERSEN - One of Western Australia's finest singer/songwriters, Connie Kis is unique in that after a profession in Special Education, she returned to her love of music and successfully pursued a full time career as an Independent Recording Artist, when others her age would have considered hanging up their microphones.

Revealing a belief in herself and her purpose through all that she does, Connie Kis shines as an example for everyone to never lose sight of your dreams.

Terry Bennetts - Terry is one half ofthe Terry and Jenny singer/songwriting duo that first performed together on stage in 2002 and since then have released three multi award winning CDs of mostly their own songs.  He has won two guitar instrumental awards and between himself and Jenny they have won twenty one songwriting and other awards and had twenty five of their songs recorded by other country artists.

Terry wrote “The Soldier With His Banjo” which took them both to the Tamworth CMAA Golden Guitar Awards in 2006 for Best Bush Ballad.

Terry writes and sings songs of Australia performed in a Bush Ballad style and in April 2014 released his first solo album ‘Mateship’ which includes the 2013 and 2014 West Australian country songs of the year.

Courtney Conway is now about to release her highly anticipated debut album ’21 Days’. Teaming again with highly respected producer Sam Hawksley, Courtney delivers a 12-song collection to follow in the success of her 5-track EP ‘A Few Little Things’, which listed the hit single ‘Girly Girl’. 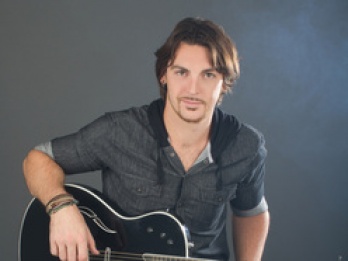 A former Australia’s Got Talent and 2014 Star Maker Grand Finalist, Taylor has seen mainstream success over the past few years and his recently released album ‘Something To Say’ debuted at #2 on the ARIA Australian Country Album charts, as well as having all recent video clip releases place in the Country Music Channel top 30 chart.

After winning ‘Best Male Artist’,  ‘Best Independent Single’ and ‘Best Independent Album’  at the 2014WA Country Music Awards, as well as competing in the 2014 Toyota Star Maker grand final,  Taylor continues on the road, touring the national festival circuit and spreading his infectious and powerful music to the masses.